Vadim Donchenko, the Scientific Director of "NIIAT" JSC, moderated the roundtable at the VII International Forum "Transport of Russia". 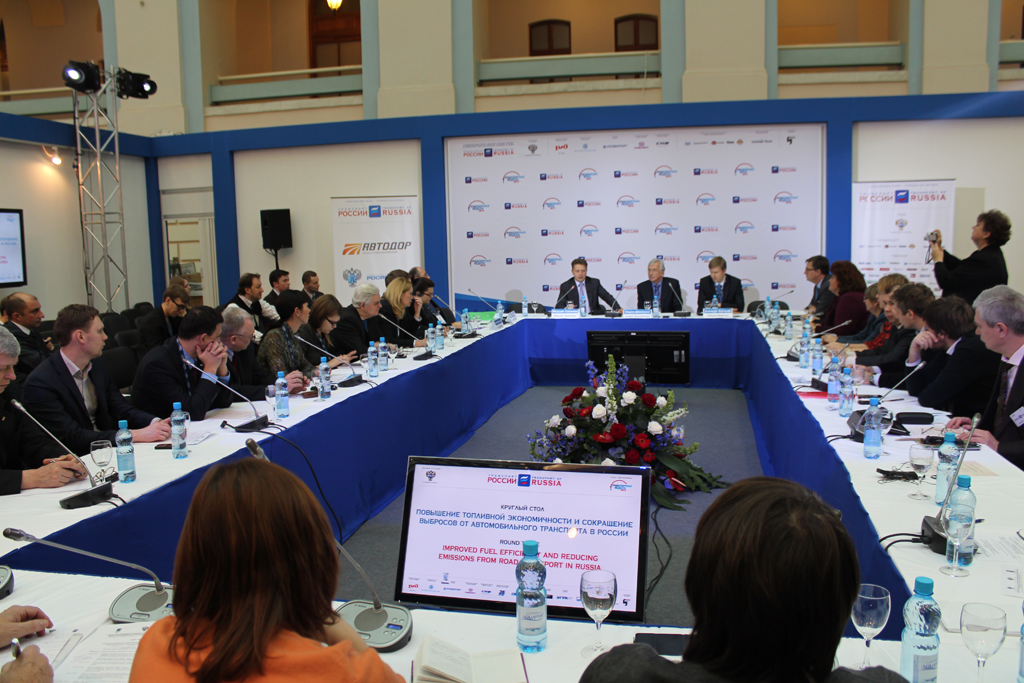 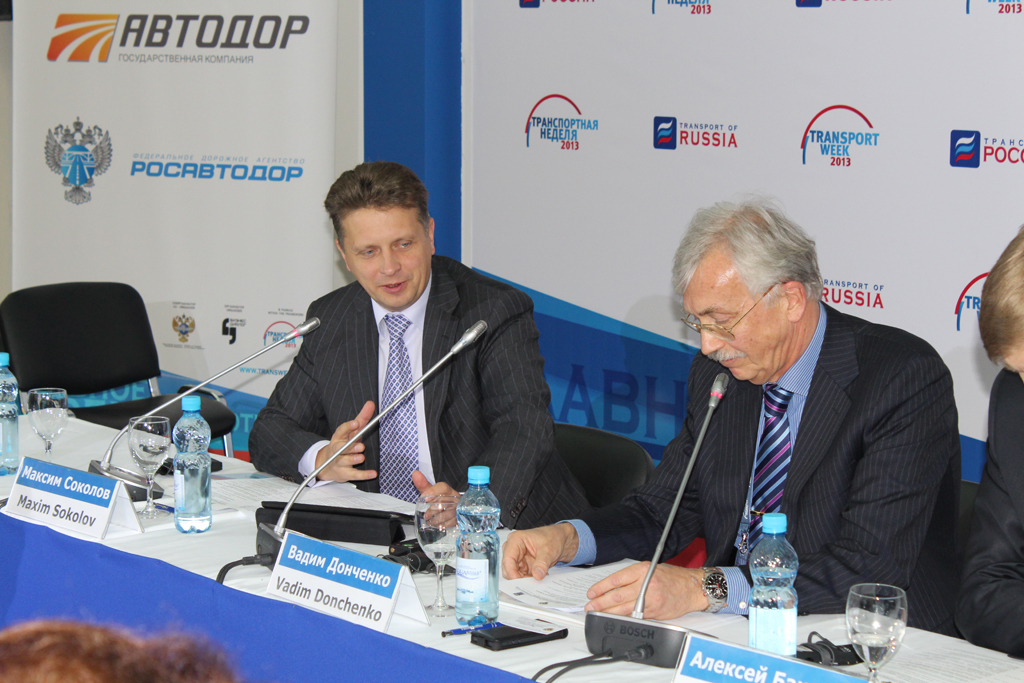 A roundtable “Increasing Fuel Economy and Cutting Motor Vehicle Emissions in Russia” was held during the 7th International Forum “Transport of Russia”.

Maxim Sokolov, Minister of Transport of the Russian Federation, opened the round table.

In his speech, Maxim Sokolov noted that road transport in Russia provides almost 60% of all passenger traffic and 55% of cargo transportation. At the same time, road transport accounts for about 40% of total emissions of pollutants in the national average and more than 80% in large cities and metropolitan areas.

The minister recalled that in the Transport Strategy of the Russian Federation up to 2030 ecological compatibility of transport was announced as one of six priority areas for the development of transport system of Russia.

"Improving the impact and energy efficiency of transport is an absolute priority for us", - said M. Sokolov.

Maxim Sokolov emphasized that in May 2013 the government adopted a decree, which provides for a transfer to gas up to 50% of public communal and road transport in cities over one million by 2020.

The roundtable was moderated by Vadim Donchenko, the scientific director of "NIIAT" JSC.

He noted that today the Russian transport system faces serious challenges related to the development of transport infrastructure, the introduction of new technologies, providing transport facilities with new equipment that meets the highest standards of safety, reliability and environmental friendliness, increased use of environmentally "clean" vehicles and fuels.

In the coming years, efforts to reduce CO2 emissions will be front and centre in order to respond to the global challenge to safeguard the environment. According to studies by the International Energy Agency, the fuel economy of motor transport is of primary importance for cutting CO2 emissions, as it is motor transport that is the key energy consumer.

The transport complex of the developed economies consumes about 50% combined oil production, so efforts to boost fuel efficiency of motor vehicles are of tremendous importance.

Reducing motor fuel consumption is one of the most effective instruments for cutting CO2 emissions in transportation. Introduction of specific auto fuel economy standards and enabling incentive structures will accelerate use of fuel efficient vehicles. Tax credits and other incentives will increase sales of low emission vehicles by reducing their payback period.

Representatives of Russian ministries agreed with the importance of the problem of increasing the fuel efficiency of vehicles and reducing greenhouse gas emissions in Russia.

Alexey Bakirey, Director of State Policy in the field of road and urban transport Russian Ministry of Transport, confirmed that the Ministry of Transport of Russia, as well as other federal departments, involved in working out the implementation plan of the Presidential Order of September. Another discussion of the draft plan should be held at a meeting of the joint working group of the Ministry of Economic Development and "Business Russia" in mid-December this year. 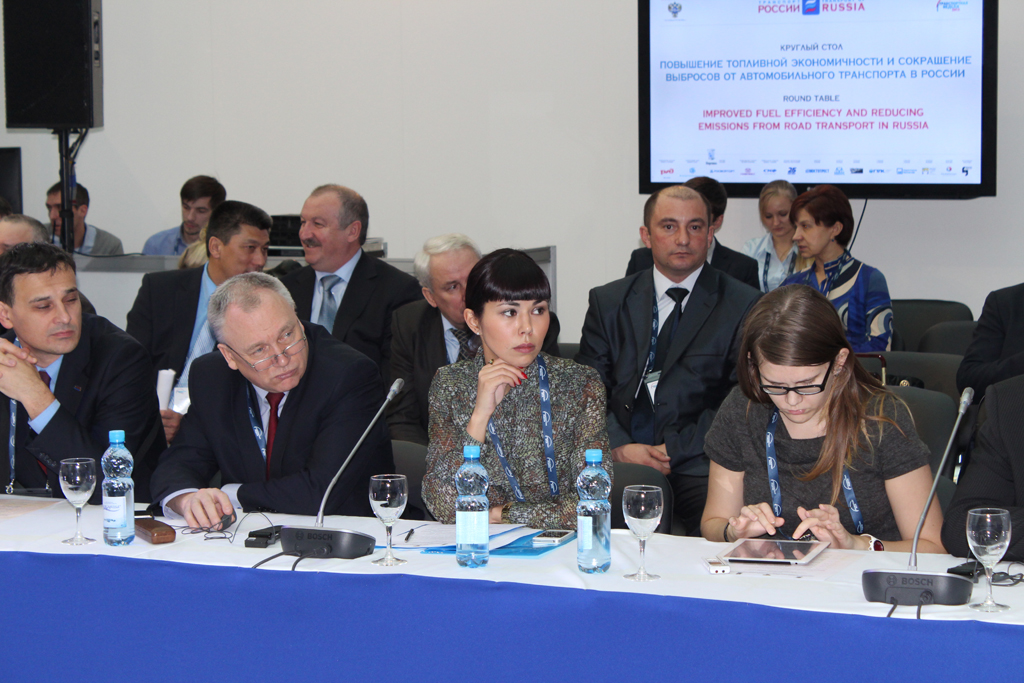 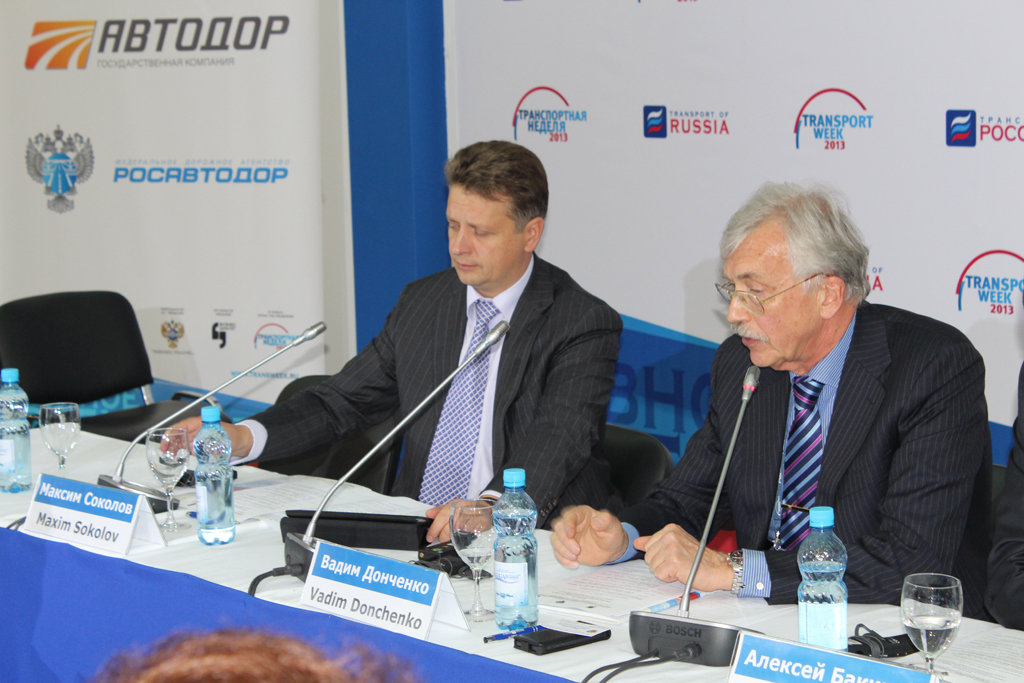 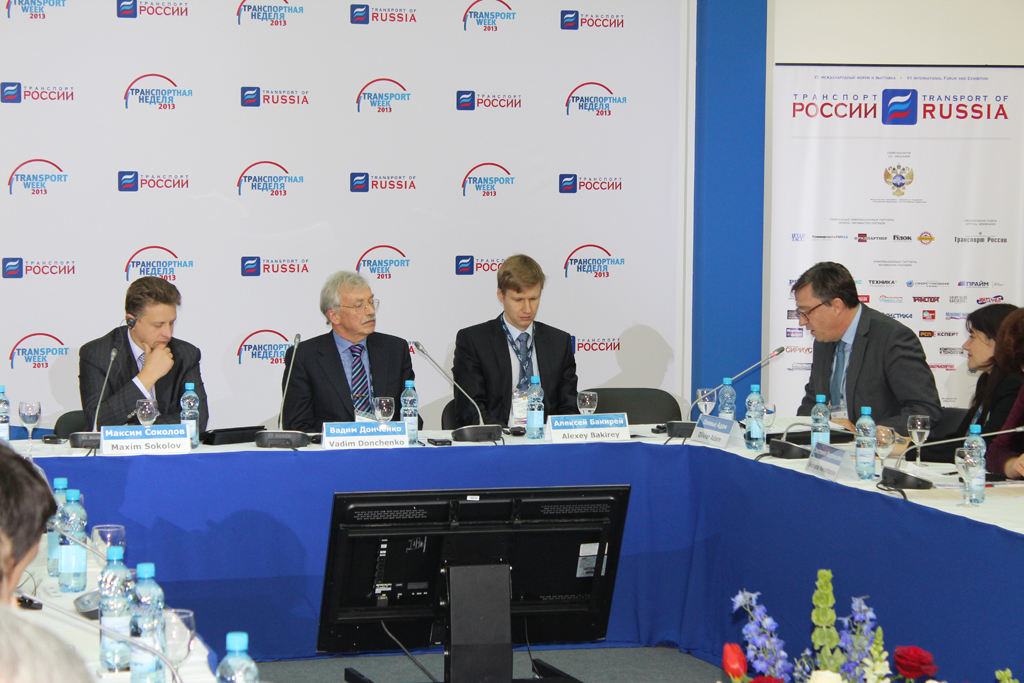 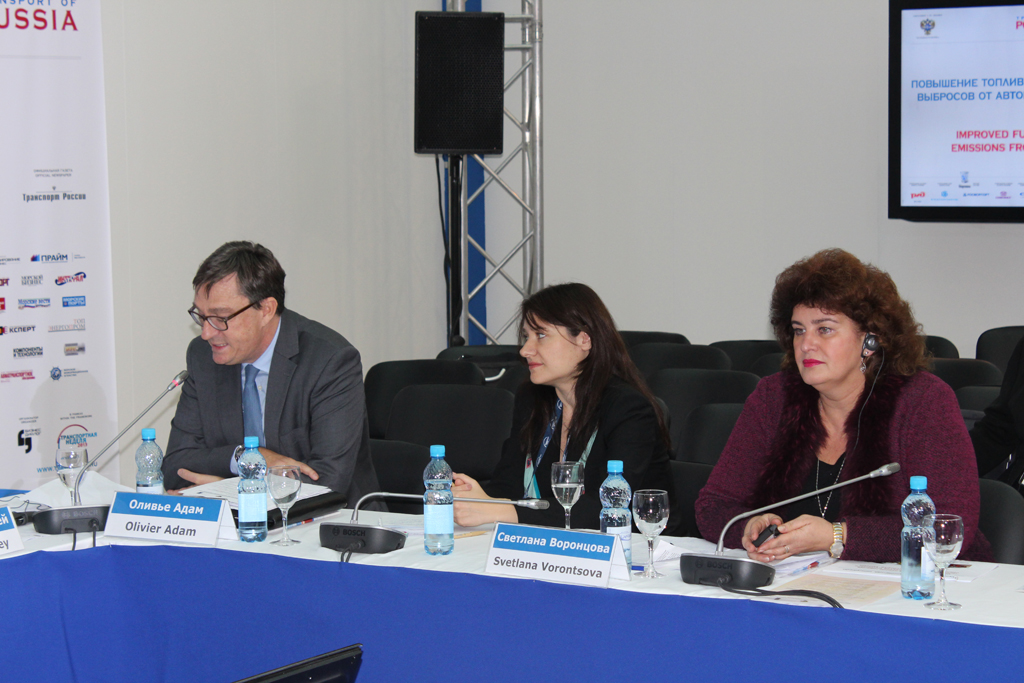 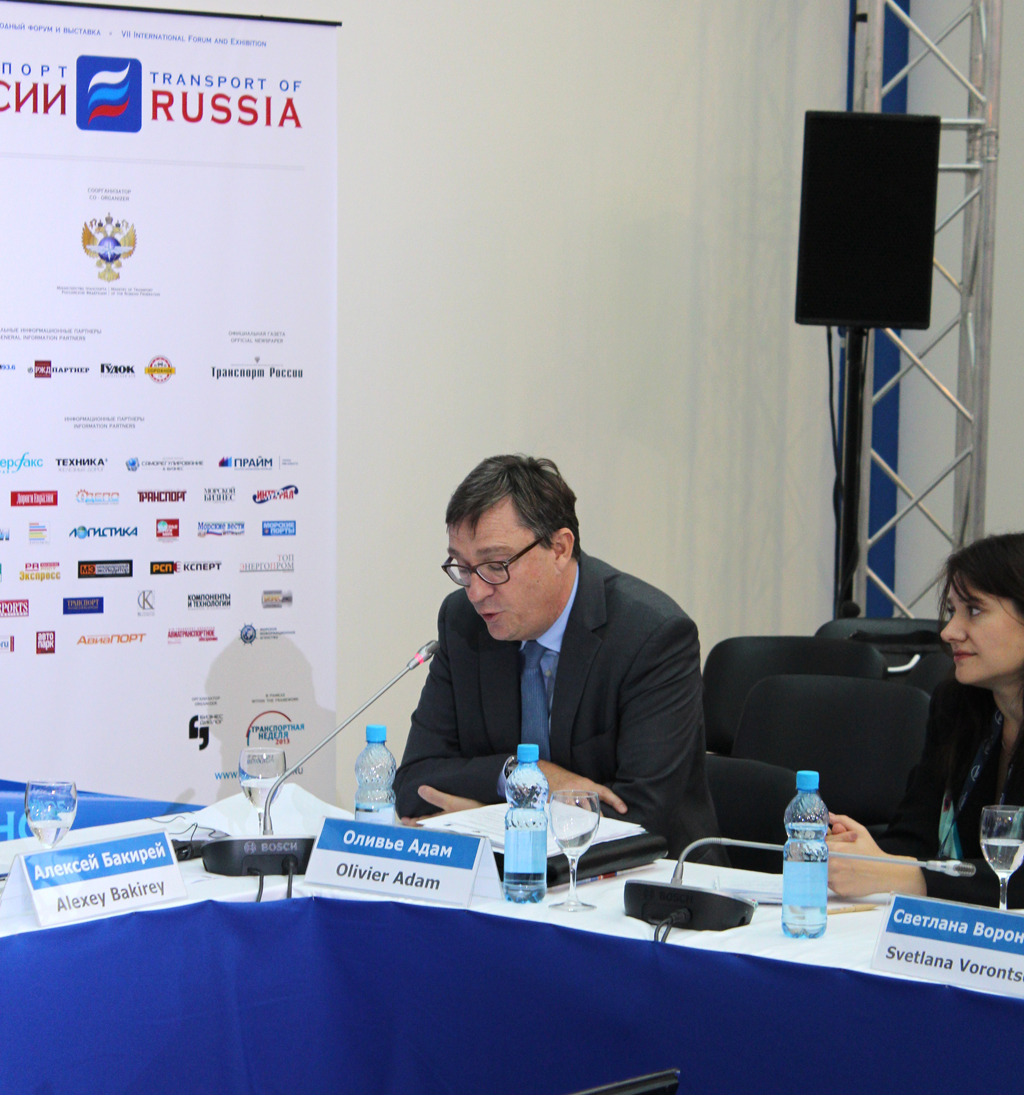 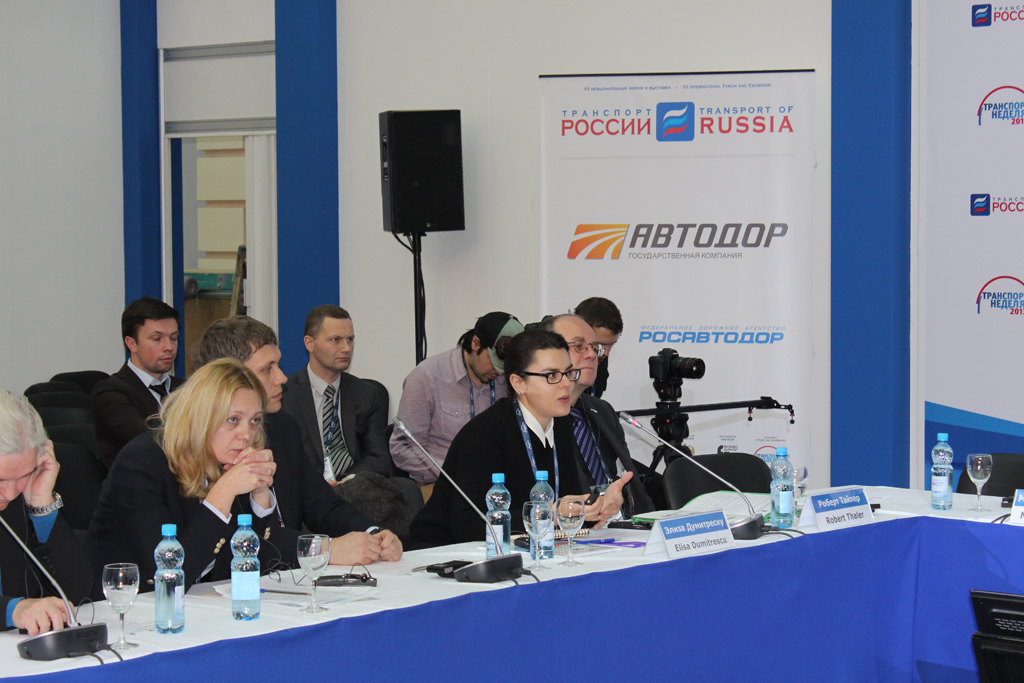 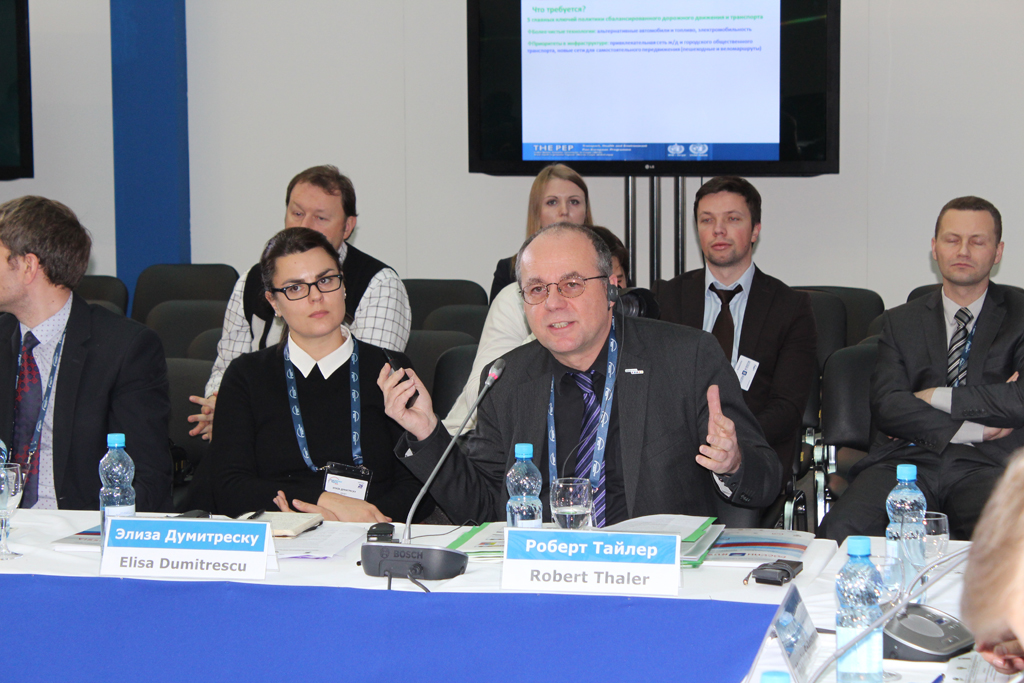 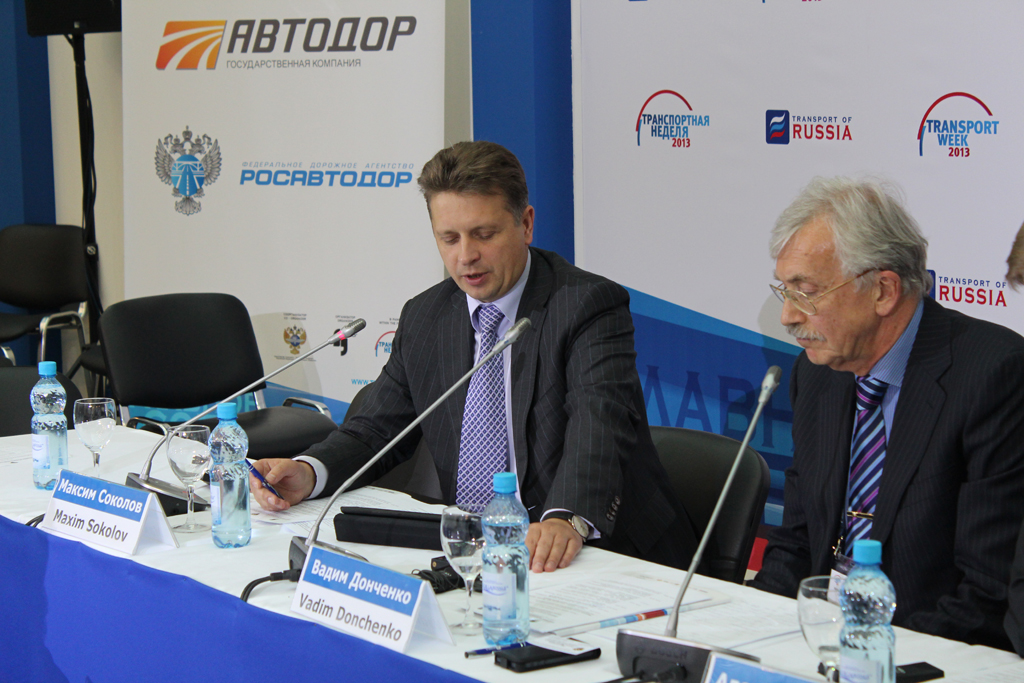 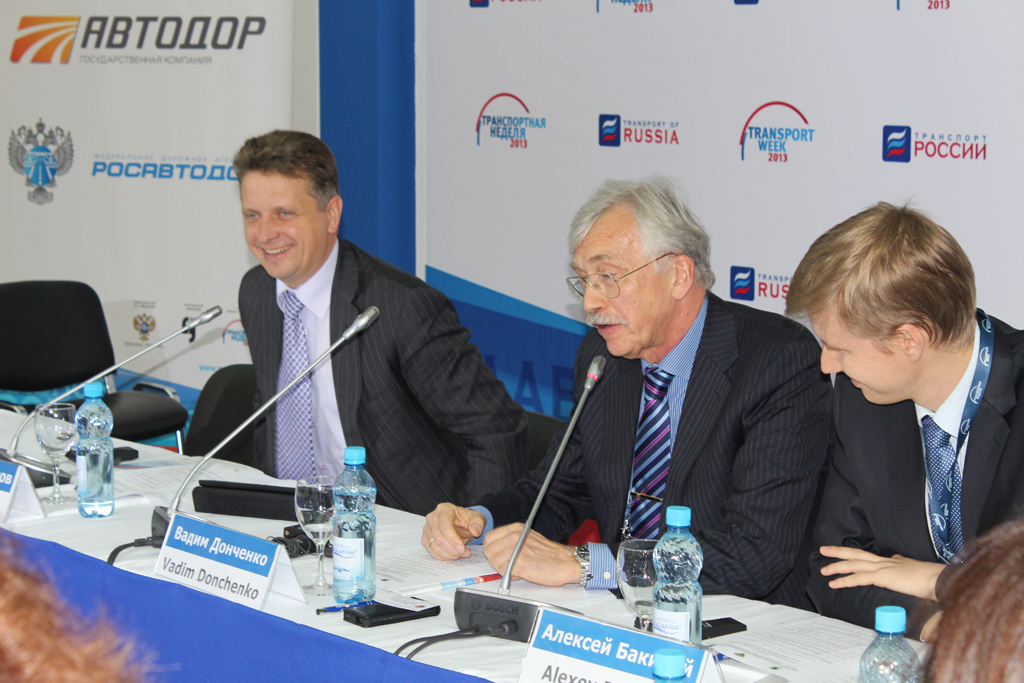 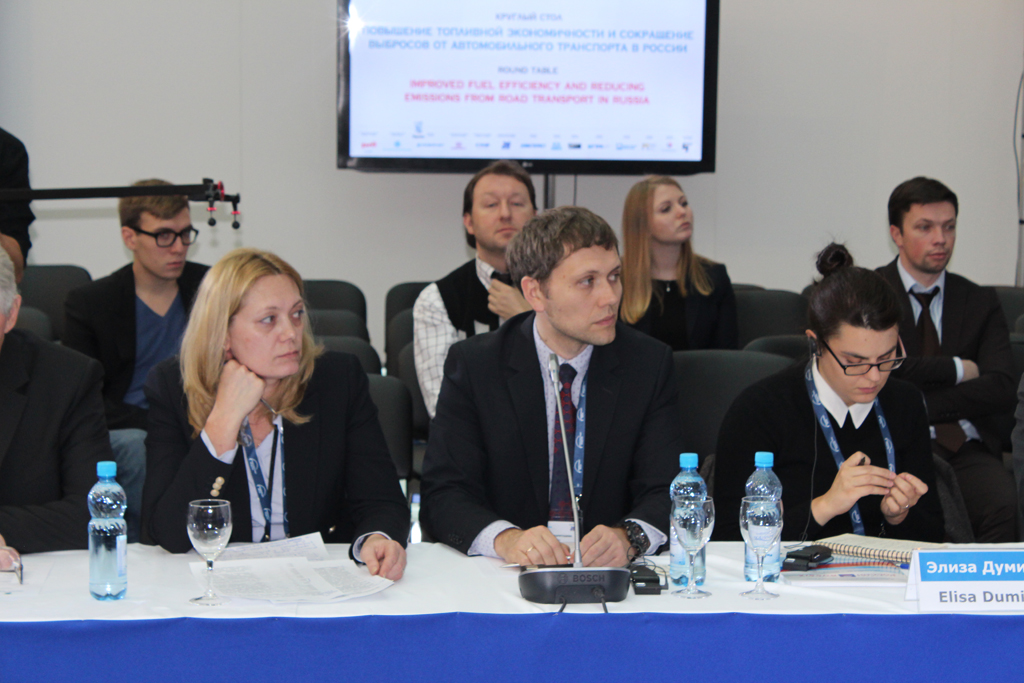 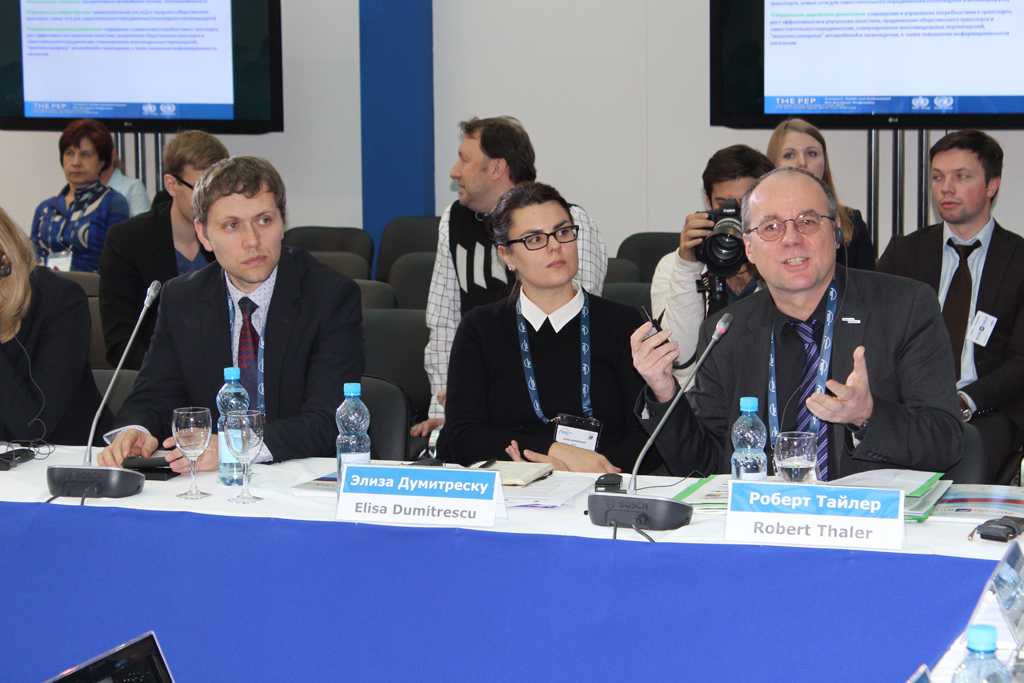