The annual All-Russian meeting of the interregional departments of state road supervision of the Federal Service for Supervision of Transport (Rostransnadzor) was held on July 29 in Rostov-on-Don city. The results of work for the first half of the 2020 year were summed up and the tasks for the second half of the year were outlined during this meeting.

The event was attended by the NIIAT General Director Alexey Vasilkov, The Deputy Plenipotentiary Representative of the President of the Russian Federation in the Southern Federal District Anatoly Safronov, Deputy Governor of the Rostov Region Viktor Vovk, Director of the Department of State Policy in the Field of Automobile and Urban Passenger Transport of the Ministry of Transport of the Russian Federation Alexey Bakirey and other authorities.

The head of Rostransnadzor Viktor Basargin told the audience about the restrictions imposed on carrying out weight and dimensional control of goods in relation to vehicles transporting essential goods in order to support the economy and business in the fight against the spread of coronavirus infection. He also announced the cancellation of more than 16 thousand scheduled inspections of businesses subjects out of 18 thousand which was planned. In addition, the certificates of admission of Russian carriers to international road transportation were extended for a year. He also touched upon the topic of licensing passenger transportation. He noted that this process was continued in the current epidemiological conditions and the fight against illegal carriers remains relevant, drawing attention to the need to organize more effective interaction with the subjects of the Russian Federation and federal executive authorities in order to identify illegal carriers and vehicles not included in the register of licenses

Among the main tasks for the second half of 2020 was the transfer of public services provided by the Rostransnadzor into electronic form, the establishment of a monitoring system for the technical condition of vehicles and the condition of drivers, as well as feedback with business representatives, including on improving preventive work. aimed at the safe functioning of the transport complex in adverse epidemiological conditions.

“The safety of citizens, the preservation of their life and health is one of the priority issues in our activity,” summed up Viktor Basargin. 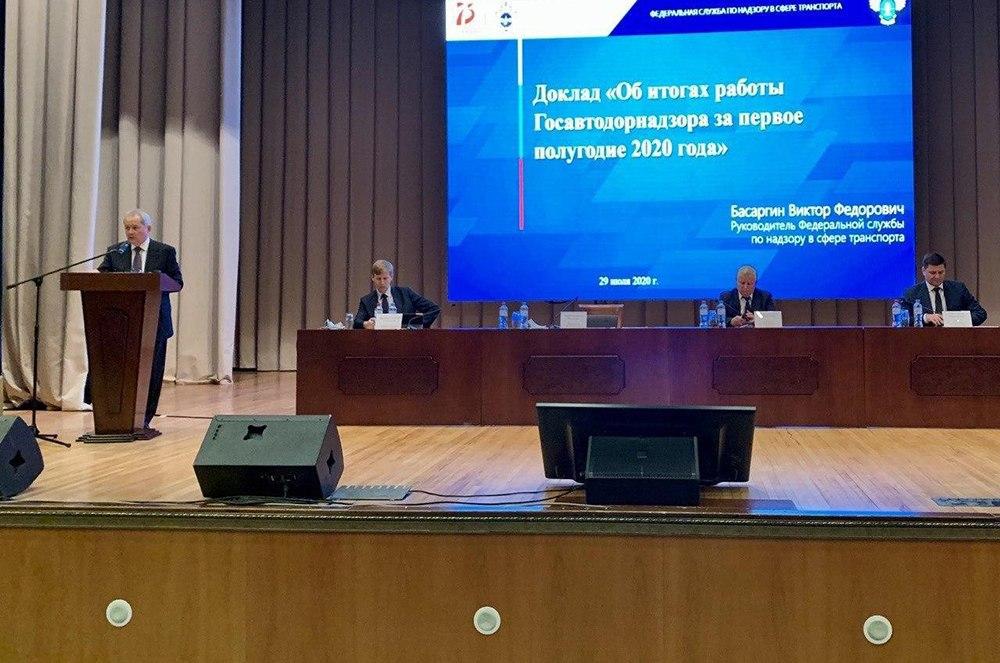