International Conference “Smart” urban mobility: the prospects for the modern information and transport technologies in order to improve security and quality of transport services” was held on September 12, Kazan

The Scientific and Research Institute of Motor Transport (NIIAT) by the order of the Ministry of Transport of Russia organized the International Conference “Smart” urban mobility: the prospects for the modern information and transport technologies in order to improve security and quality of transport services” on September 12 in Kazan. 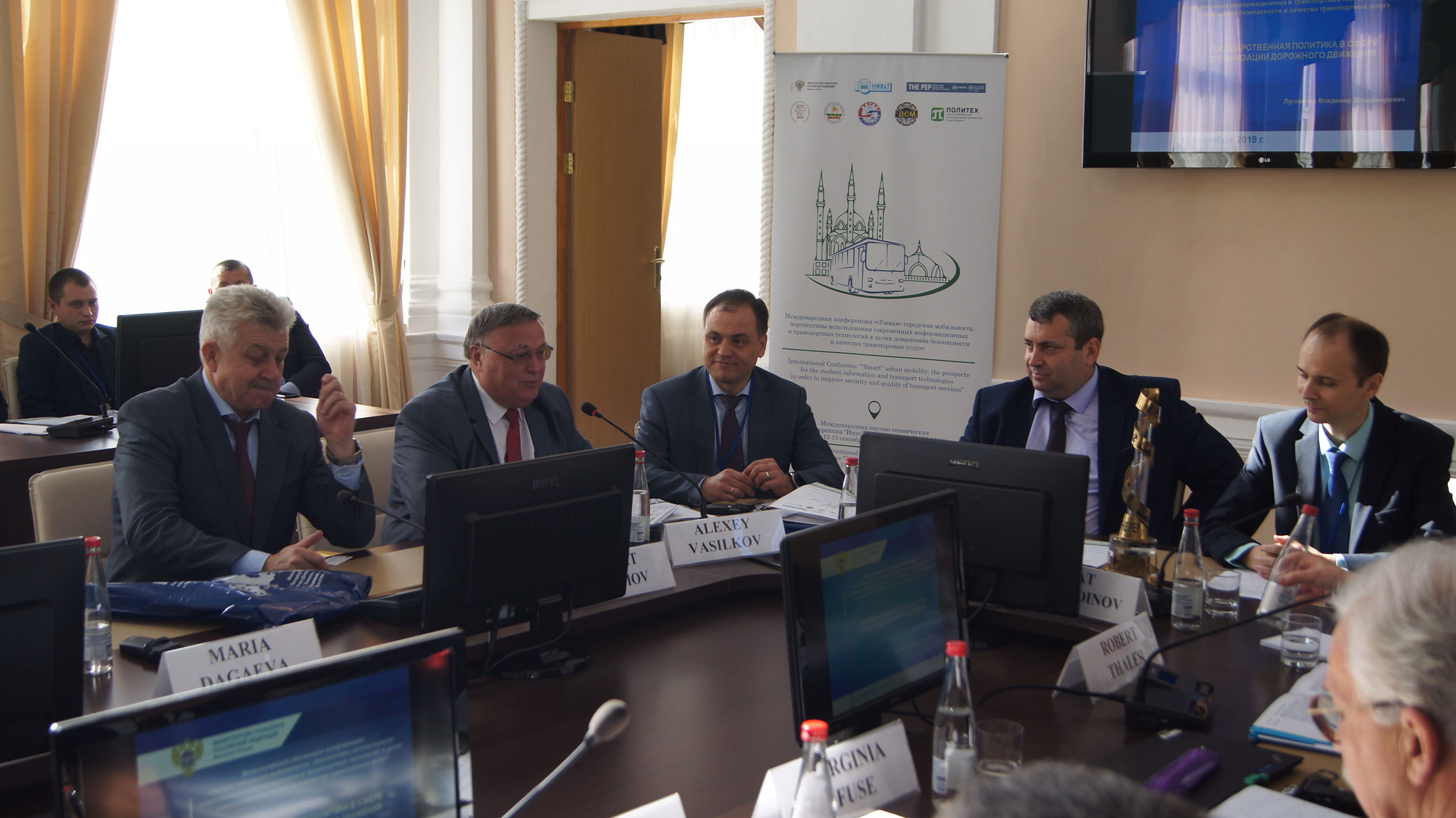 The Conference was organized as a part of the Federal program “Improving road safety in 2013–2020” as a contribution by the Russian Federation to the Relay Race Baton of the United Nations Economic Commission for Europe (UNECE) and Pan-European Program for Transport, Environment and Health (THE PEP) and the PEP International Partnership for the Integration of Transport, Public Health and environment in urban and spatial planning. "THE PEP Rely Race" Baton transfer from Rimini (Italy) to Kazan (Russia) was held prior to the Conference. 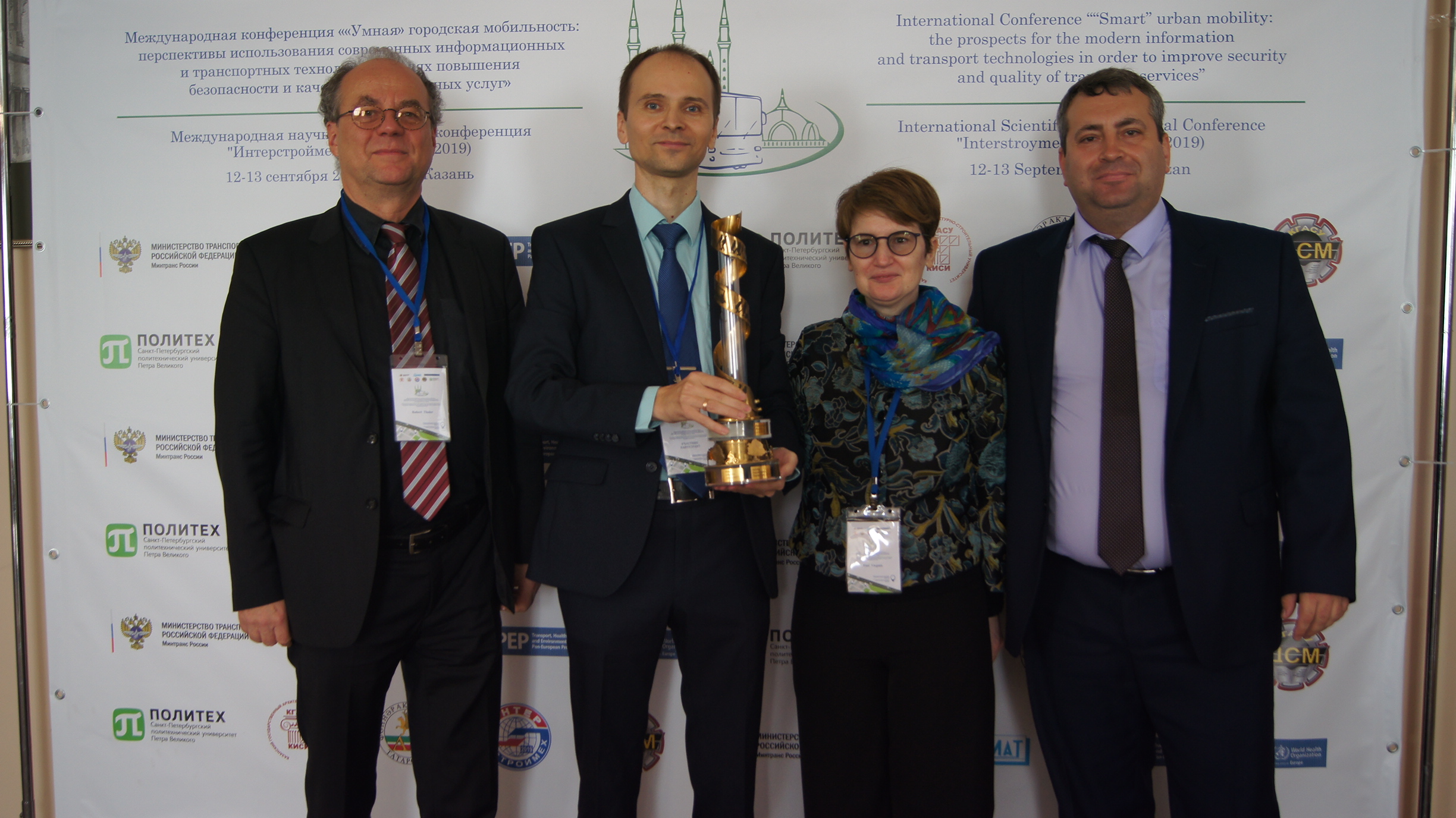 The General Director of the Scientific and Research Institute of Motor Transport (NIIAT) Alexey Vasilkov and the Deputy Director of the Department of State Policy in the field of automobile and urban passenger transport of The Ministry of Transport of the Russian Federation Vladimir Lugovenko addressed the Conference with a welcoming speech. The Conference was moderated by the NIIAT Research Supervisor Vadim Donchenko. 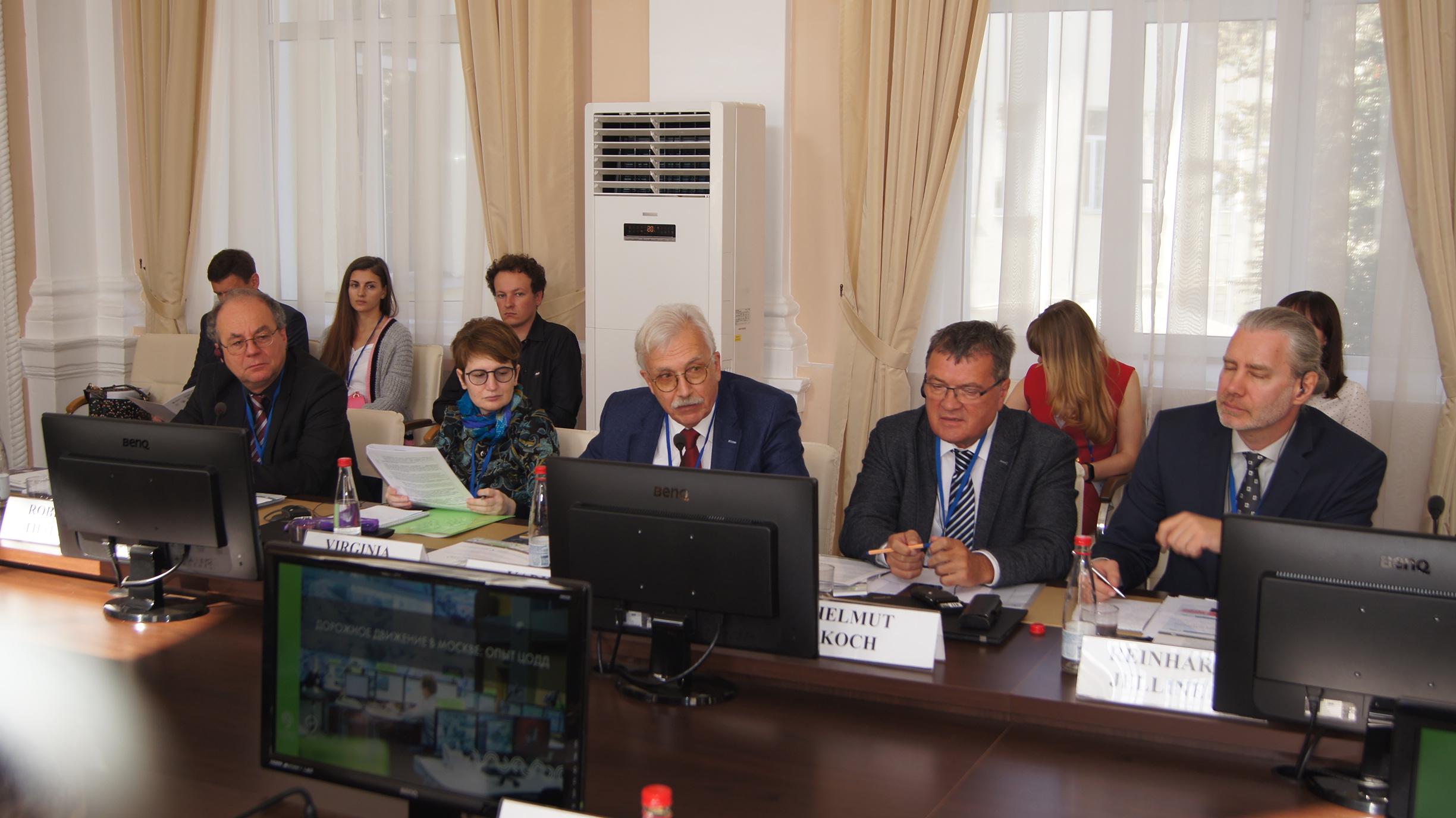 The event was attended by leading Russian and foreign experts in the field of sustainable urban transport, the usage of modern transport information and telecommunication technologies, representatives of the UNECE and THE PEP Secretariats, representatives of the public authorities of the Russian Federation and local governments, leading Russian higher educational institutions and scientific and research institutes.

The conference addressed issues such as urban mobility in the context of state transport policy, The introduction of modern transport and information technologies on the urban ground public transportation in order to improve the safety and quality of transport services to the population, Development of new forms of urban mobility as an effective solution for transport problems in cities, The use of alternative energy sources and fuels for urban transport, Modern methods of modeling urban transport systems.

Alexander Evsin, Deputy Head of the institution – Head of the Situation Center of the State Treasury of Moscow – Traffic Management Centre of the Moscow Government, Head of Internet Projects and Marketing Communications, Green Mobility Initiative Coordinator, ICSER Leontief Centre Iakimenko Olga, Head of the Department of Transport Telematics Moscow Automobile and Road Construction State Technical University (Russia) Vladimir Vlasov, Head of the Department of Scientific Research of transport infrastructure and modeling of the State Research and Design Institute for Urban Development of the City of Moscow Leonid Baryshev, Head of Division Clean Mobility, Federal Ministry of Sustainability and Tourism, Chairman of THE PEP(Austria) Robert Thaler, Deputy Chief Architect of Kazan of the Kazan City Hall Timur Kadyrov and the others presented their reports during the Conference. The Kazan State University of Architecture and Engineering provided organizational support for the Conference as part of the International Scientific Conference Interstroymeh - 2019, the purpose of which is to discuss the current achievements of scientists, the possibilities and problems of implementing developments to improve energy efficiency and reliability of various-purpose machines and the development of the transport system. 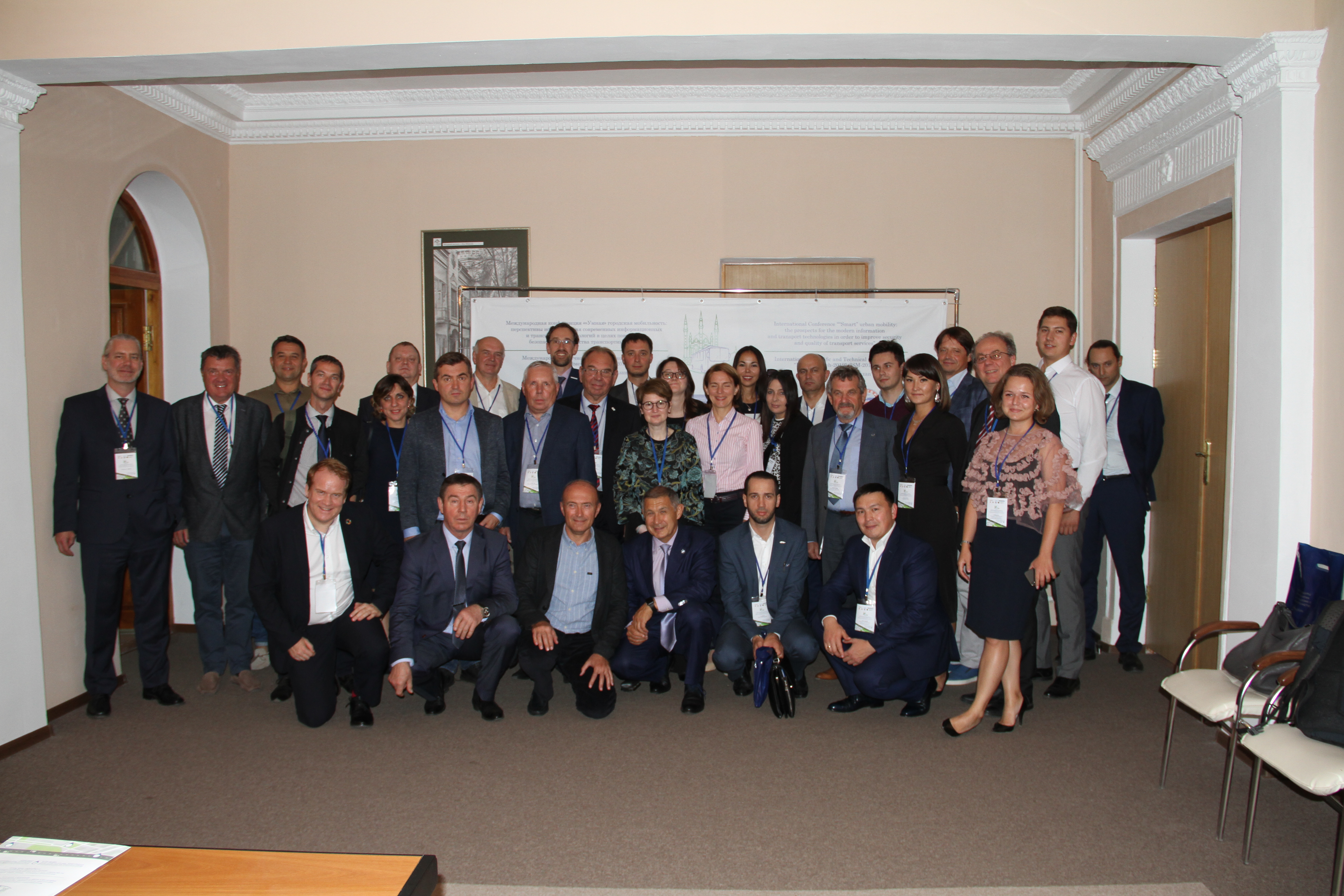 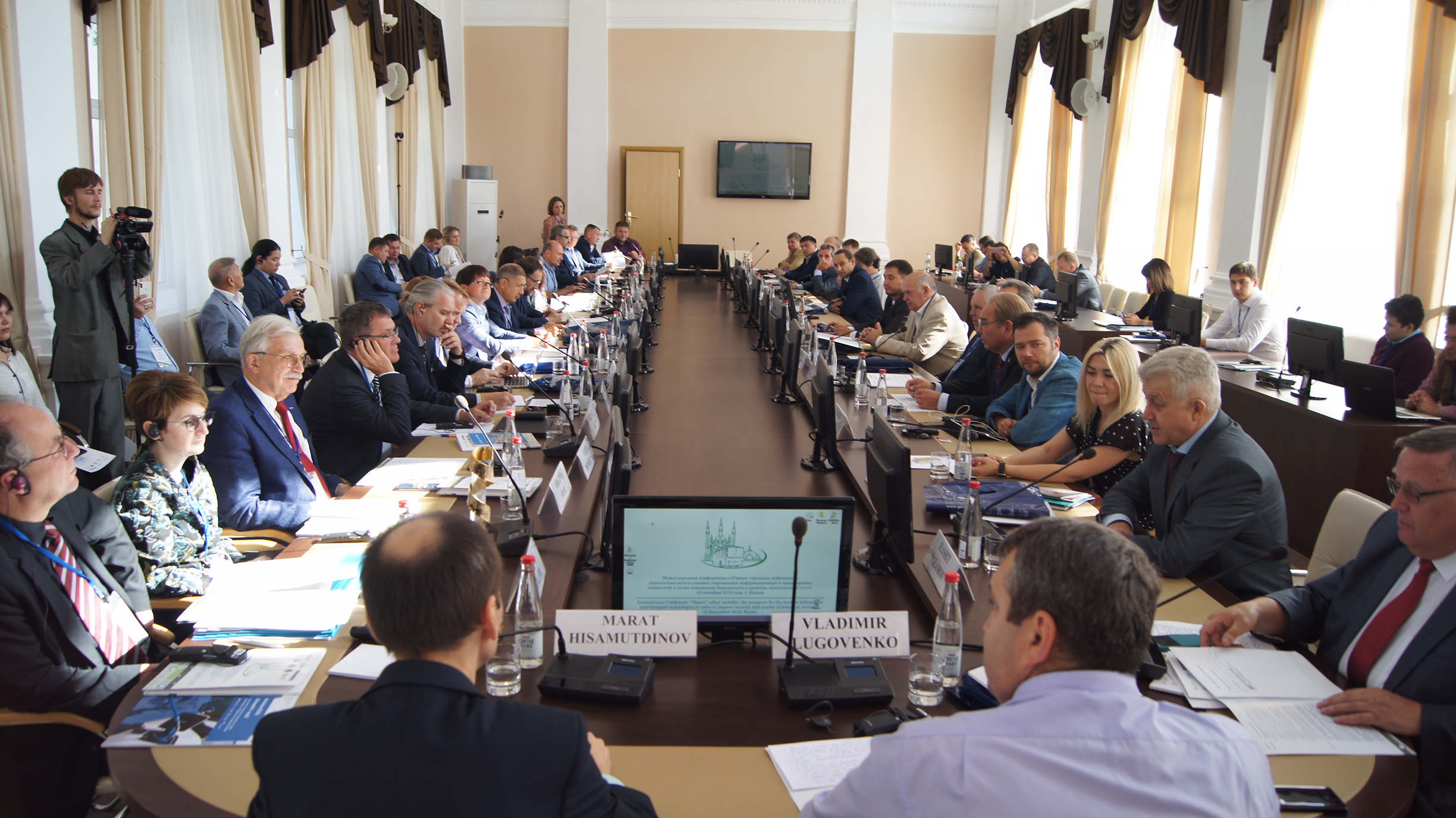