Igor Titov CEO of NIIAT JSC has signed a number of cooperation documents with colleagues from Korea.

Experts from Russia and Korea will jointly develop programs and projects for transport support of the FIFA World Cup 2018 in Russia, and exchange the latest technology and information on transport strategy implemented in partner countries.

In particular a joint project on public transport system and its implementations in the major cities of Russia will be developed, new technologies and international standards of intelligent transportation systems (ITS) for our country will be provided. 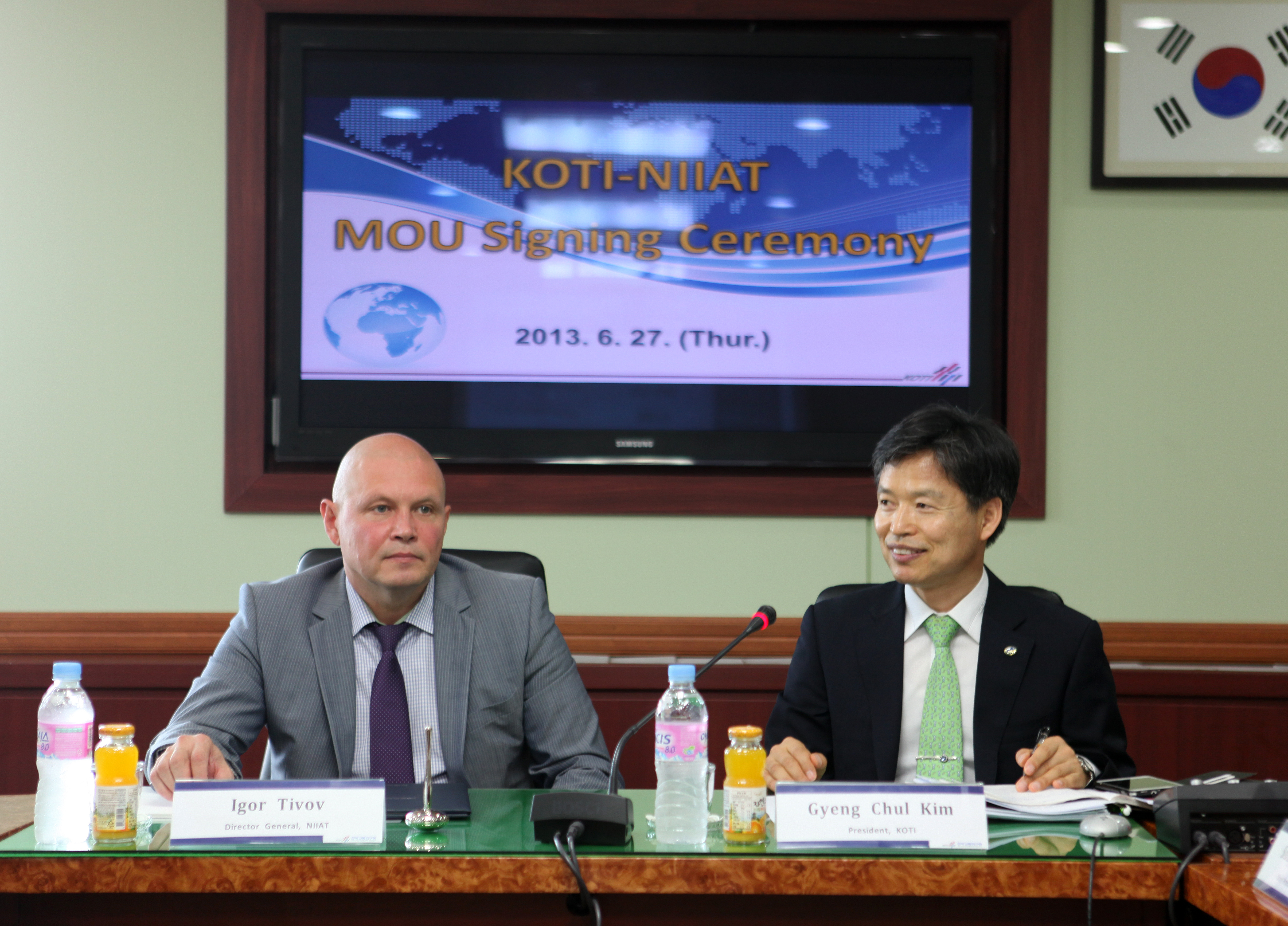 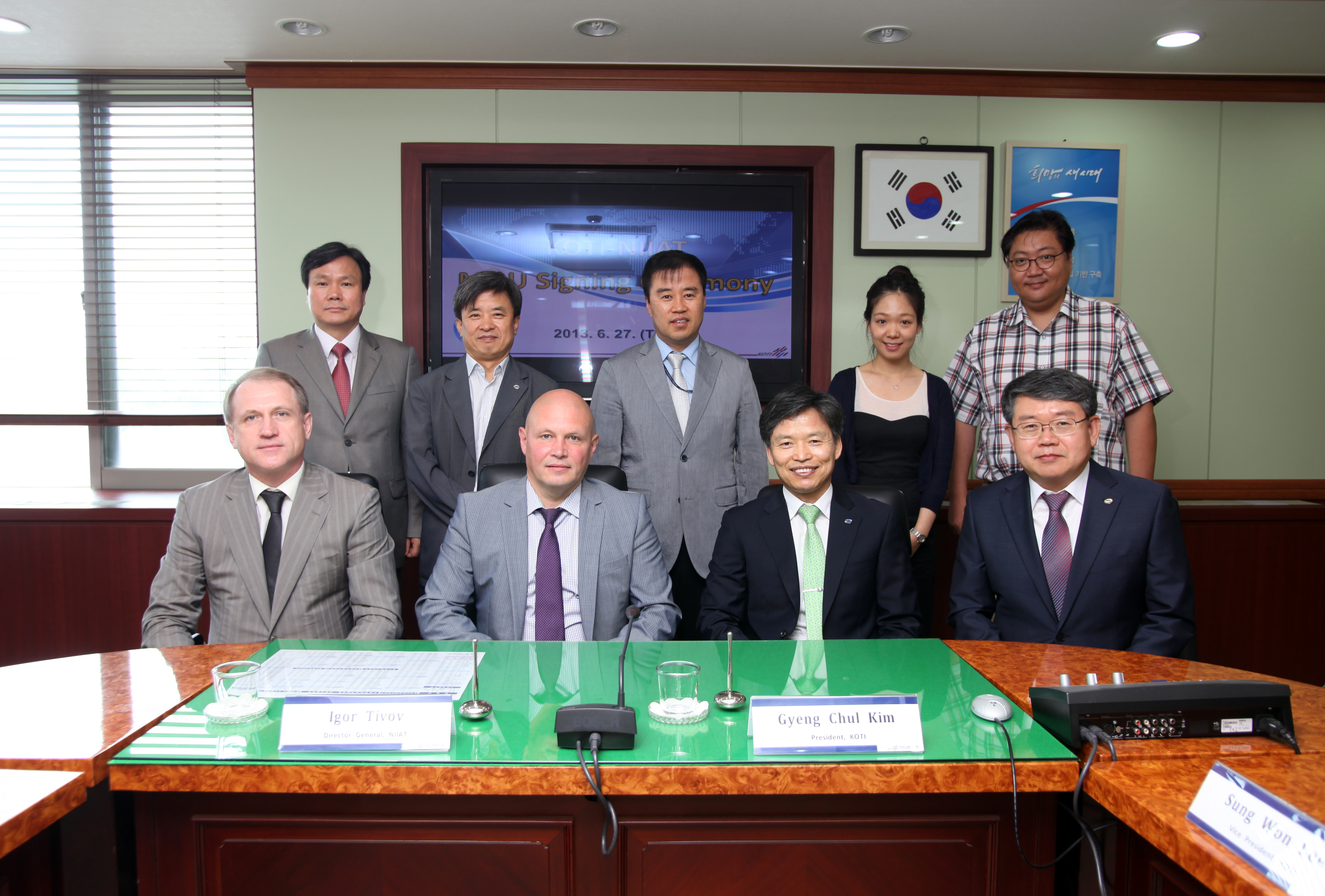 "NIIAT" JSC, and S1 Company also signed in June 2013 a cooperation agreement in the field of development, production, delivery and implementation in the Russian Federation tachograph equipment. Expected production of the devices in Russia - early 2014. 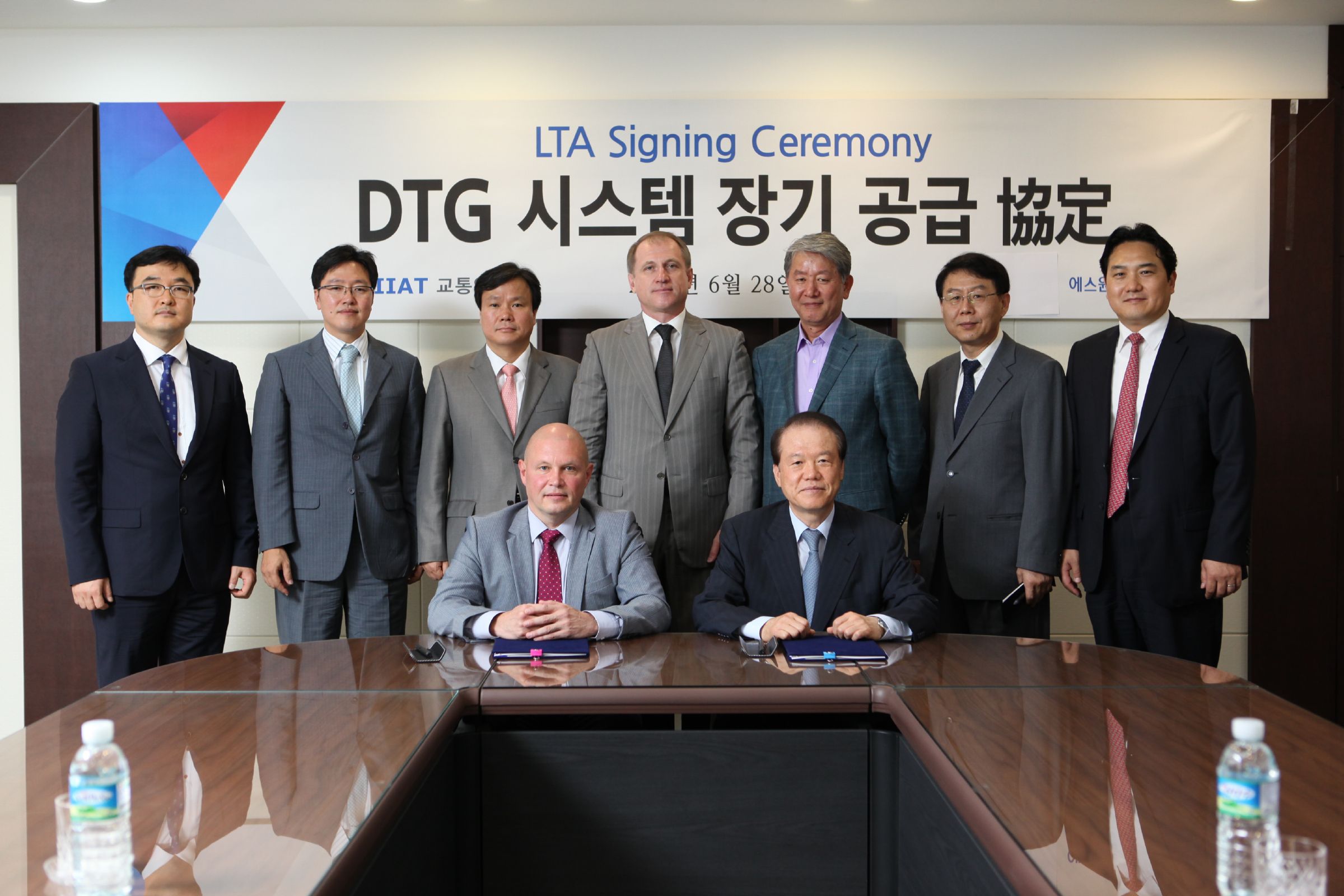 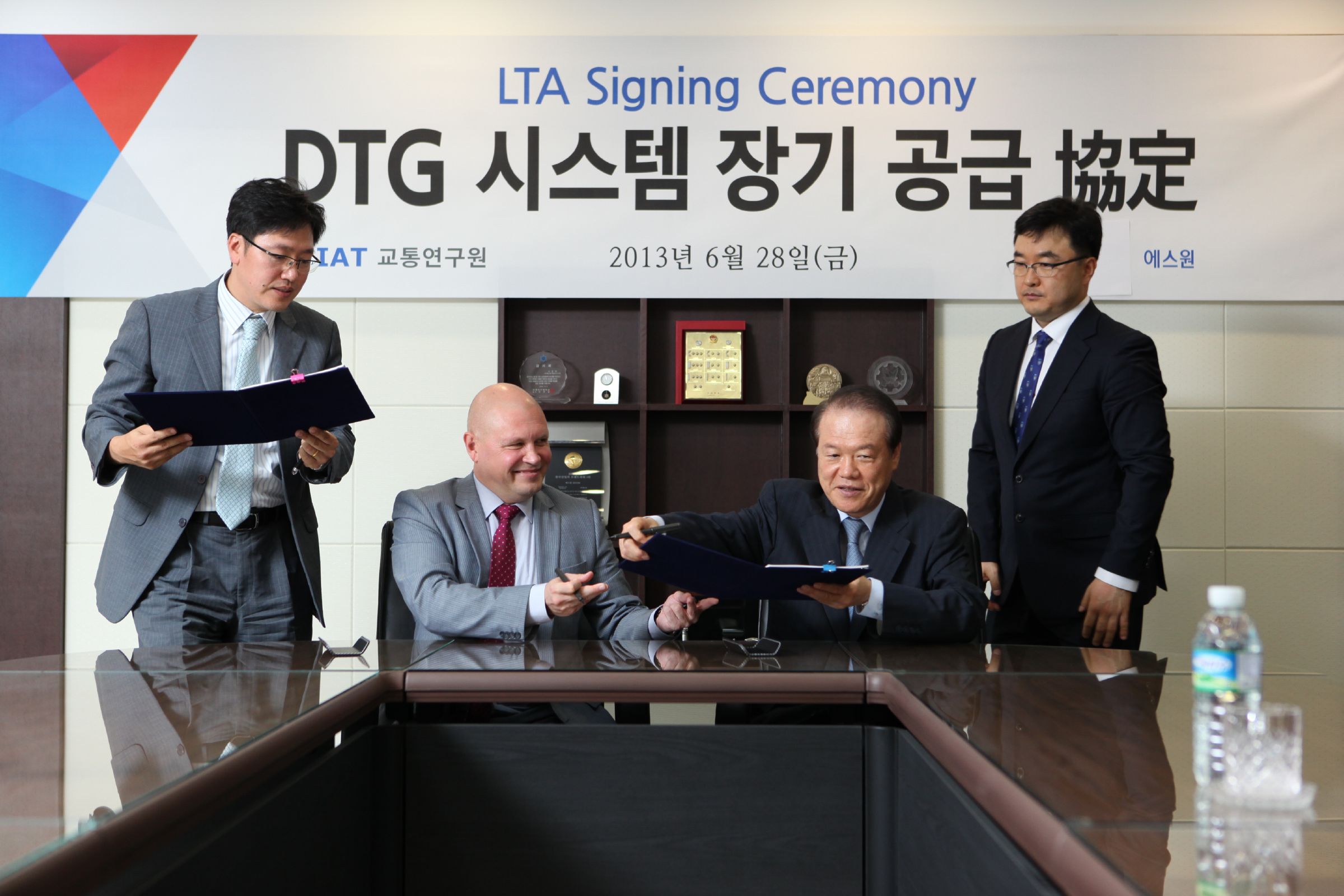 The meetings were held with the assistance of the Korea-Russia Business Council (KRBC).

Johngo Park, the President of KRBC, and Yuri Oleinikov, the "NIIAT" JSC representative in the Siberian Federal District, took part in the events.